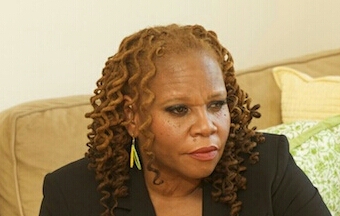 Early in my career I led a Kick-Ass, High-Functioning, Happy AF team. I made many mistakes while working with them and frankly it did not feel good. I wanted to prove myself and spent a lot of time having to push past ego and tough feelings in order to reach for my conflict resolution skills. With power comes great responsibility especially when it comes to conflict.

My job as a leader began with one trainer on my team and a shared administrative assistant. One year later, I hired and supervised 6 additional trainers and a new assistant. We were a very tight-knit, creative, fun, caring and highly-successful team who worked together for many years. We all genuinely enjoyed the work and our time together. While I led this growing team that was thrusted upon me due to the success of our work and an influx of funding, I sharpened my skills and learned from my mistakes. Believe me, as successful as I was in resolving conflicts, I was just as successful in making mistakes. However, there was one mistake in particular that I learned many important lessons from.

The Conflict Closer Weighs In: Meet My Mistake

One of my team members was a passionate and skilled young man who seldom held his tongue about anything. He was most certainly the first one to express his frustrations against any policies or expectations that the company and I had for the team. I knew the importance of meeting regularly to hash out ideas, learn new skills, connect on a personal level and to voice successes and frustrations. In those meetings, he was most passionate about his frustrations. Since I was the leader, most of his frustrations were directed at me. During one particular meeting, he ranted off a list of frustrations that quite frankly, were identical to many of the things that challenged me on a regular basis. Instead of employing my skills to reign in the numerous emotions triggered in me by his rant, I looked around the room at the rest of the team with what I am sure was a smirk and then looked him dead in the eye and said, “Welcome to my world.”

I did not acknowledge his feelings or values or even the content of what he was putting on the table. He just received a smart ass reaction from me, because I, too, was frustrated and because I could react in any way I wanted as his boss. Hell, I could have walked off and ended the meeting if I wanted to! I knew I had the power.

Well, he EXPLODED which of course escalated the conflict and left me with the opportunity to either ride that wave with him or look deeper at myself and him. That meant that I had to spend even more time with him, this time in my office. But I chose to approach it differently.

First, I looked at myself and what he triggered in me. Often his complaints felt personal and set off feelings of inadequacy in me especially because this was my first time in a leadership position. What I discovered is that my confidence in my leadership abilities could only be strengthened or weakened by me. His words only had that power if I did not override my triggers.

Second, I determined that my reaction did not get me any real information about what was bothering him. So, I used the tools of mindful and strategic listening to de-escalate his feelings of frustration, overwhelm, under-appreciation and fear that our clients were not getting the services they required. I validated his values of excellence, self-care, honesty, fairness and justice.

Third, I responded by stating what was possible, what could be created and what simply could not be changed. I even apologized for my reaction during the meeting and he apologized as well.

After that conversation, he remained a passionate and highly productive member of our team who did not complain as much and I was not triggered as often by his complaints, because I understood the values and feelings they represented.

As leaders, it’s easy to believe that giving time and attention to your team and conflicts are stressful. However, once you commit to using conflict resolution skills regularly, you will start to see how engaging in conversations early enough to prevent or close the door on conflict actually relieves your stress.

It is so worth it.