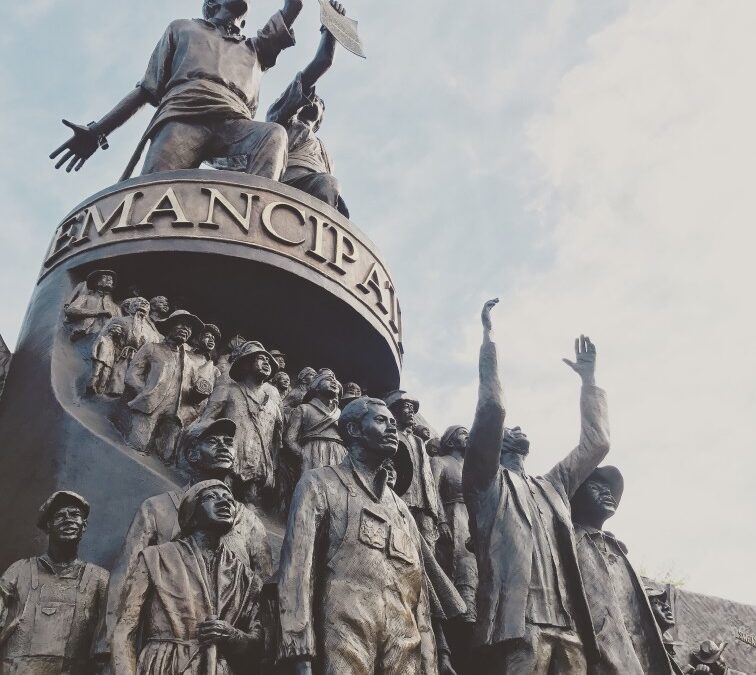 So, Juneteenth happened and the opposition to teaching Critical Race Theory in schools has picked up some serious steam. The two are intertwined in many ways. One way is of course, that we legislate a federal holiday that many do not want children, in particular White children, to learn about. Given the lack of knowledge amongst most people on both of these topics, I have to say that this is extremely harmful.

In case you don’t know about Critical Race Theory, I am including an article from Education Week that might be helpful. Because we’ve all had plenty of time to choose to do the research rather than jump on the bits and pieces being contested and debated, I am going to bottom line it with a brief explanation from that article.

“Critical Race Theory is an academic concept that is more than 40 years old. The core idea is that racism is a social construct, and that it is not merely the product of individual bias or prejudice, but also something embedded in legal systems and policies.

The basic tenets of Critical Race Theory, or CRT, emerged out of a framework for legal analysis in the late 1970s and early 1980s created by legal scholars Derrick Bell, Kimberlé Crenshaw, and Richard Delgado, among others.

A good example is when, in the 1930s, government officials literally drew lines around areas deemed poor financial risks, often explicitly due to the racial composition of inhabitants. Banks subsequently refused to offer mortgages to Black people in those areas.”

For those who would also appreciate an understanding of Juneteenth, here it is:

“Only through the Thirteenth Amendment did emancipation end slavery throughout the United States. But not everyone in Confederate territory would immediately be free. Even though the Emancipation Proclamation was made effective in 1863, it could not be implemented in places still under Confederate control. As a result, in the westernmost Confederate state of Texas, enslaved people would not be free until much later. Freedom finally came on June 19, 1865, when some 2,000 Union troops arrived in Galveston Bay, Texas. The army announced that the more than 250,000 enslaved black people in the state, were free by executive decree. This day came to be known as “Juneteenth” by the newly freed people in Texas.” You can learn more about it here.

Most of us never learned any of this in school (which is the point of teaching Critical Race Theory) but now that we are on the same page, the question is, what does all this have to do with our emotions?

The buzz surrounding both of these issues has taken on many forms, but let me tell you what I’ve been most disturbed by, but not surprised by. Many White people are finding themselves outside of their comfort zones and unable to lead the way on these two issues and they are getting in their feelings about it and pushing back. Oh yes, there are some Black folk who have jumped on the anti-CRT wagon too, I’m plenty aware and let me just say we are not a monolith. But most of the shouting I am hearing is coming from White folk.

“Are we allowed at Juneteenth celebrations?” “Are we able to say Happy Juneteenth?” “Is this our holiday too?” “Why should White children be made to feel guilty or ashamed in school?” All of this rests in the feelings that come up during the challenge of learning the real history of this country. The United States of America is being challenged to confront and teach its racist truth and a lot of people don’t like the feelings coming up for them, in particular many White people. Racism has always protected those feelings and covered them with a massive whitewashing of history. There is a disorientation of sorts happening and folks don’t know how to sit with what is coming up and they of course, don’t want their children to have to deal with this ugliness.

I understand this. Do you know how and why I understand this? Because Black, Indigenous, People of Color have children too and all throughout history few have cared, or even thought about, the difficult feelings they have had to deal with because of racism. Oh no it’s true. While Native American children have had to learn a history that presents them as savages and less than worthy of being American, there’s been no discussion outside of their racial group about the humiliation and shame they experience when learning these lies.

When African American children have been taught that slavery wasn’t so bad and that they contributed little or nothing of significant value to this country, there was no mass call to consider whether they could handle the feelings of inferiority and shame they live with. When Asian Americans and Hispanic Americans have been forced to see themselves represented only as field workers, laundry owners and foreigners who contributed little value here, the concern for their children’s feelings have been lost in the multitude of misrepresentations and concealed historic facts.

I’m not saying there hasn’t been damage done, but speaking truth to power, our children are still here, and we, their parents and grandparents have had to help them to deal with the multitude of feelings that come up daily. White adults can certainly do the same for their children even if they are forced to like we have been for centuries. I admit that feeling and managing our emotions is not taught well, if at all in most places in this country. Talking about emotions is often relegated to the place of substantiating stereotypic characteristics of women and boys who are “sensitive.” But we are all capable of learning how to feel even the most difficult of emotions like feeling left out, disempowered, shocked, ashamed, guilty, hurt, confused and a whole host of others. We can also learn to feel through them and make room for holding all of the pride, joy, empowerment, vindication and relief that comes with finally teaching the truth about our history, policies, laws and their impact on us individually and collectively.

I am happy to lead the way in teaching us all how to feel our emotions, sit in them, manage them, move through them and keep moving forward. In the meantime, whatever this blog brings up for you, I encourage you to examine it, name it and sit, sit, sit and feel it and then let it move on. When you do that, you will realize that during this time of setting right the historical truths, we will all be okay.