Are You Becoming a Workplace Bully? 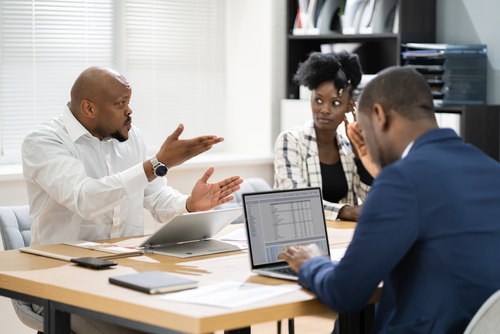 3 Commonly Overlooked Signs and What You Can Do About Them

In the last decade, news reports, articles and even songs relay the prevalence and consequences of bullying among children and adolescents, but not enough attention is being given to the bullying that takes places in offices and online workspaces. My work history is filled with workplace bullies, two whom were my bosses. I can remember feeling helpless and powerless to the point of prayer and I wasn’t even someone who prayed regularly. This is a difficult situation, one which too many people find themselves faced with. While so many people are reportedly quitting their jobs, the grim reality is that most people, even when faced with the stress of bullying, cannot afford to leave.

In a 2016 Forbes article, this disturbing statistic was cited, “Research from Dr. Judy Blando (University of Phoenix) has proven that almost 75% of employees surveyed had been affected by workplace bullying, whether as a target or a witness.” That is a large number of us that are putting up with this harmful behavior on a regular basis. In fact, what distinguishes bullying from a one time conflict is the fact that is on-going, repeated behavior.

The definition most familiar to those of us who have read about workplace bullying is one supplied by the Workplace Bullying Institute. “Workplace Bullying is repeated, health-harming mistreatment of one or more persons (the targets) by one or more perpetrators. It is abusive conduct that is: threatening, humiliating, or intimidating, or work-interference, i.e. sabotage, which prevents work from getting done.”

In my work with conflict, I have come across some behaviors that often catch people off guard when they are labeled as bullying, but in fact, they are.

Recognize yourself in any one of these? If you do, you may in fact be on your way to being the workplace bully or worse you may already be one. I have some suggestions for what to do to change course.

Much of what we do is learned behavior and unfortunately it’s often behavior that was done to us that never got corrected. Take a bold step of correcting your behavior. I’m sure your colleagues will be relieved when they realize that there’s one less bully in the workplace.

I know in my case, it would have saved me years of stress related illnesses.

It’s time to make some serious changes in your behavior if bullying is your way of leading and interacting.

Are you brave enough to face yourself? We need you to be.