The Problem With Punishment As a Core Reaction. How to Respond In Truth Instead. 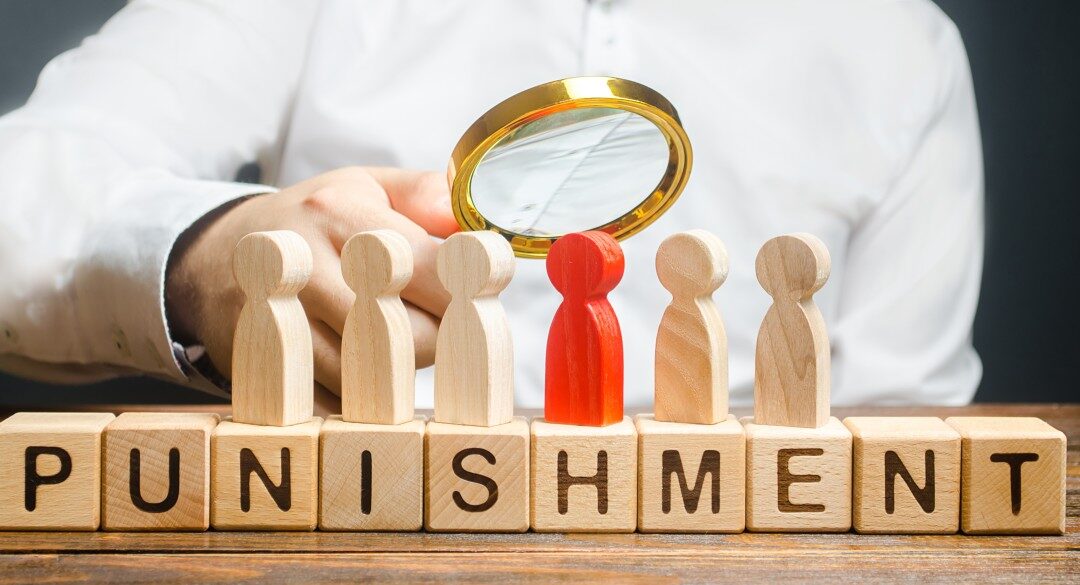 There’s an ugliness in me and I am convinced it is in all of us whether we have taken the time to discover or acknowledge it or not. That ugliness is when someone does something wrong to me, my first instinct, is often to punish in some way. I’ve been aware of this tendency particularly as a parent for some time now, but I started to take an even deeper look at this when it was revealed to me recently in an incident that I thought was not very significant in my life.

A friend recommended that I watch a six-episode television show streaming on Netflix. She said she binged it in one night, really loved it and the ending really blew her away. She thought that I would be into it as well, so badly needing a distraction for the night I turned on episode 1. When it was finished, I sent her a text that I thought it was weird and I would watch episode 2, but would then probably give up on it. But that is not what happened. I continued to watch it and after each episode, I would text her how much I disliked it. When I finished the series, I called her to discuss the ending which was actually very unique, but my overall opinion was that it was not worth the watch. She laughed and said, “Yes, I figured that out early on, but you had to punish me by sending me texts to tell me how much you hated it.” I agreed and we both had a good laugh over it because we are close, and it was truly harmless except… it started me thinking. Had I really wanted to “punish” her for suggesting I watch a television show that I ended up hating? Wow!

We are a society that loves to punish. We use it as the first line of reaction and defense in our homes, schools, workspaces, and criminal justice systems. But what is really underneath it? That is what I set out to discover for myself, about myself. Yes of course, I have been indoctrinated into this way of reacting, thinking, and being. It is a foundation that was laid by my parents, the schools I went to, the churches I attended, and the friendships and romantic relationships I have been involved in. The common thinking is that when someone does something wrong, the best way to course-correct them is with some kind of punishment. In workplaces, we punish by yelling, shaming, withholding promotions and plum assignments, or with write-ups or termination. In homes, we issue time-outs, spankings, yell and shame, take away favorite things and sometimes even withhold love. In schools, we put them in corners, outside the room, yell, suspend and expel. In relationships, we issue the silent treatment, name-call, withhold intimacy and love, block, shame and terminate them.

And this is our first line of defense! The problem with this is it often throws away people, relationships, and solutions. It creates a society of pain, retribution, missed opportunities, and repeat behavior. In my search for my own answers to my… did I really want to punish her question, I came up with some critical findings that I am going to layout here as potential ways to respond in truth, rather than punishment.

Whatever your first thoughts are, take it down a layer. If you are considering punishment, then what are you actually punishing? Is it that they have hurt your feelings, brought you some kind of scrutiny or shame on your skills, your reputation, or role? Often this is what lies underneath punishing “the crime or offense.”

Ask yourself if you are reacting to the way society treats this offense. We often react to habit and popular decisions, instead of taking a step back to think about what just happened and what potential responses could be.

Learn communication skills and use them. So many things can be talked about if we learn to replace the instinct to punish with the response of having a conversation about it and getting in the habit of making ongoing, regular conversation our go-to response.

Own up to the feeling that “power over” gives you. Having the power to make someone’s life miserable or make them pay or regret what they’ve done, is a high like the one produced by many substances. It makes you feel better without requiring you to really look at yourself, the person, the situation and its solutions. Owning it can help you come down sooner. In my situation, I am grateful for being caught and called on it.

I did want to in some way “punish” my friend by giving her little peace while I was “suffering” through this television show. I wanted her to know of my pain and hold herself responsible for it. How silly is that? What was her crime? You may minimize this and judge me, but the point here is that this is an example of the extent we go to incorporating punishment into our lives. It can be as subtle as this or as overt as the examples I gave earlier, but punishment is an initial go-to for us as a society. I believe it is because we are not taught from a young age the skills and the impact of good communication and conversation.

I challenge you to catch yourself reacting and reaching for punishment as a first response to an offense. I want to push you to reach for your “why” when you do. I am not saying that there is no role for punishment, I am simply saying that in this society that is the only role that is fully developed and scripted and there is a whole other cast of characters (solutions) waiting to be developed.

Part of creating the change that we want to see in society means we have to do better. I promise you that I will.